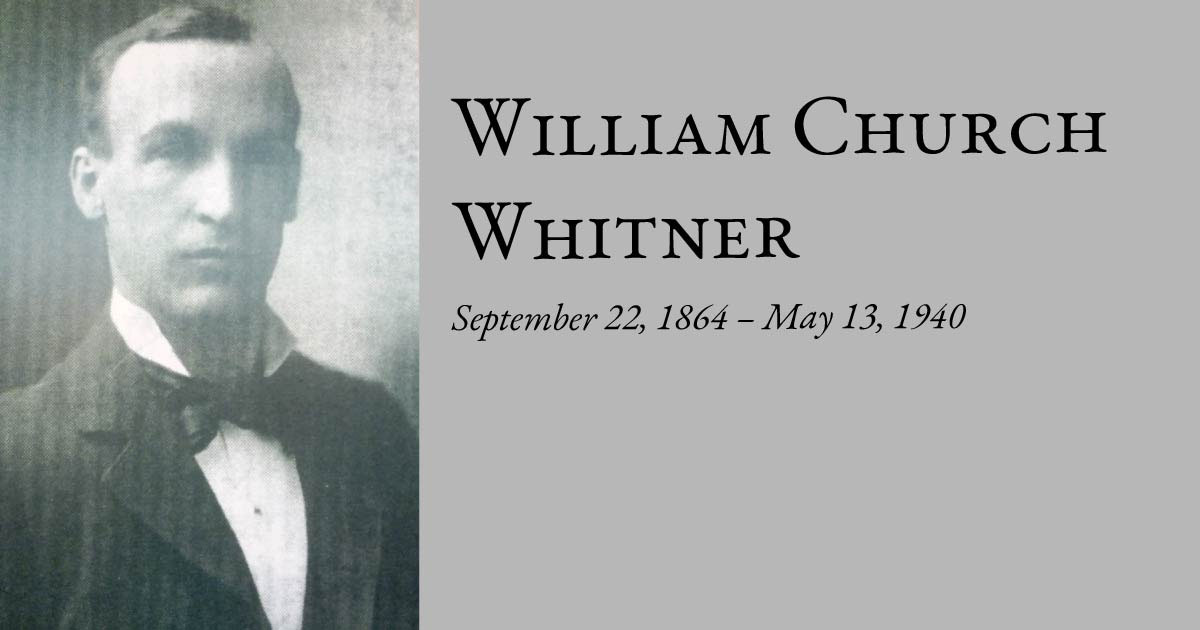 William Church Whitner, a native of Anderson, graduated from the University of South Carolina in 1885 with intentions of becoming a lawyer. Talked out of this career path by his father, Whitner returned to USC where he took a job as assistant to the professor of mathematics while pursuing a degree in civil engineering. After graduating in 1885, he worked on successive engineering jobs for railroad companies in the southeast. His career with the railroads ended when the mayor and city council of Anderson approached him with the challenge of constructing a system of waterworks and electric light plant for his hometown. Both of these systems were built and the city of Anderson was lit with 75 incandescent lamps powered by electric current from a steam power plant. These investments proved less than profitable and led Whitner to seek less expensive methods of producing electricity.

In 1891, Whitner was convinced by experiments occurring in Europe in the development and transmission of electric power from waterfalls that the water resources of Anderson County were fitting for this purpose. After interviewing Nikola Tesla, who perfected the alternating current motor, Whitner announced that he would attempt to build a plant to generate electric current by waterpower. In 1894, he leased a part of McFall’s Mill at High Shoals on the Rocky River, six miles from Anderson, and proceeded to develop his project. He built a power plant that created and transmitted 200 electrical horsepower, lighting the city’s incandescent lights, which now numbered 2,000. It also powered the large pumps at the waterworks plant and various smaller industries in the city. This experiment proved Whitner’s theory and “electricity was transmitted over wires from the point of generation to a distant point of consumption for the first time in the South, using a 5,000- volt generator without step-up transformers. This was the first 5,000- volt generator in operation in the world.”*

The owners of Anderson Cotton Mill took notice of Whitner’s work and discussed with him the possibility of building a mill to be operated solely by water-generated power. Whitner had already found a site with great waterpower at Portman Shoals on the Seneca River. In 1896, he contracted with the mill owners to supply them with 1200 horsepower. Needing sufficient power to send electricity over eleven miles of wire to Anderson, Whitner ordered a 10,000-volt generator. With this order, he became the first person in the world to make use of such a powerful generator. The Portman Shoals plant was completed in 1897 and Anderson Cotton Mill became the first large cotton mill in the US to use electricity generated at a long distance without step-up transformers. The City of Anderson became the first town in South Carolina to have an unlimited amount of hydroelectric power, thus earning it the nickname “The Electric City.”

With his project in Anderson successfully completed, Whitner moved on to other challenges in Georgia and North Carolina. He built at least three plants in Georgia before beginning work building a plant in Rock Hill, South Carolina, on the Catawba River. In 1899, he became the general manager and engineer for the Catawba Power Company and construction began the following year. The plant took over three years to complete, but revolutionized life in that region when put into use. Dr. Gill Wylie, president and chief investor in the plant, sold interest in the company to James B. Duke and they organized the Southern Power Company that would eventually be known as Duke Power Company. From Rock Hill, Whitner moved to Virginia where he became consulting engineer for the Virginia Railroad and Power Company. In 1915, he organized an engineering firm for the purpose of organizing, financing and building power plants. Whitner eventually returned to Rock Hill, where he designed his farm to be “a model for scientific agricultural methods and the latest developments in dairying.”*