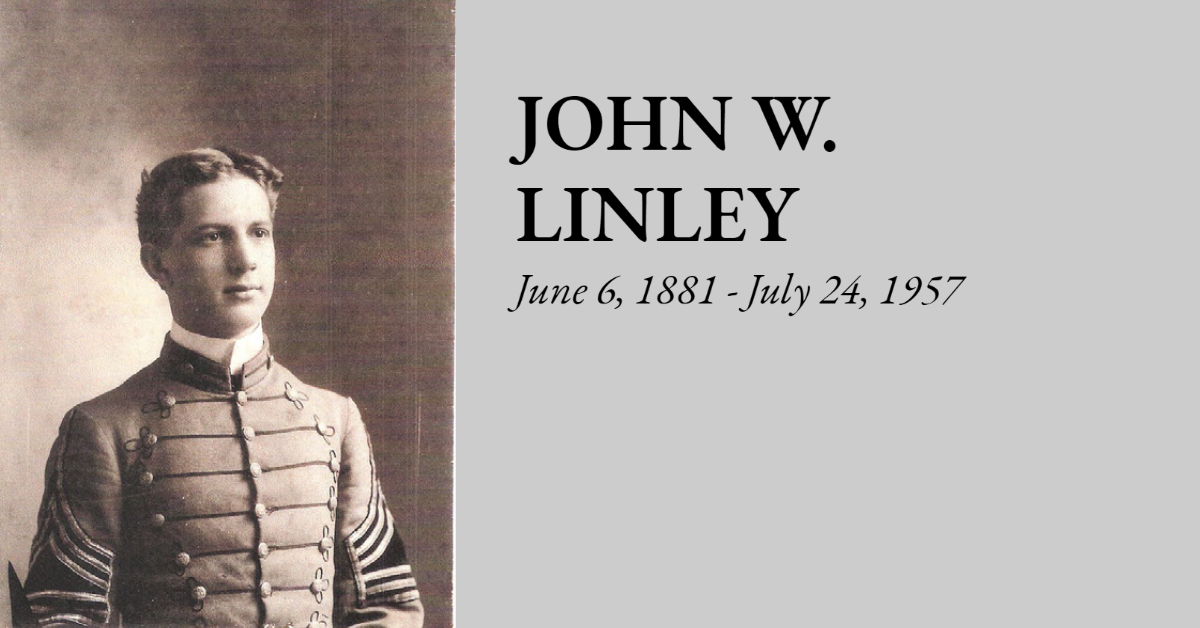 John Linley was born in Charleston, SC on June 6, 1881, but would receive parts of his early education in Seneca and Columbia. He moved back to Charleston in 1894 and graduated from Charleston High School soon thereafter. He continued his education through the South Carolina Military Academy at the Citadel where he would graduate in 1900.

Linley moved to Anderson in the fall of 1900 to serve as an educator and school administrator at Hickory Grove Graded School. He would later become principal at Millville School and Fant Street School before partnering with Frank Farmers in 1907 to form Linley and Farmers Insurance Company. However, it would be through real estate that John Linley would make his lasting impression on the Anderson landscape.

In the early 1910s, Linley saw opportunity in the growing need for residential housing in the city. He convinced some of Anderson’s wealthiest to invest in the North Anderson Development Company and in 1913 plotted the first 200 houses of the new suburb. All homes built in the suburb were connected to the city’s power and water lines and by 1915 were sewer connected as well.

In 1928 the community of North Anderson was annexed into the city of Anderson as a whole, the largest annexation of land in the city’s history. John Linley continued his work, developing neighborhoods at Gadsden Square, Moultrie Square, Jackson Square, Hampton Fields, and Woodland Heights through Home Realty Construction Company.

North Anderson was the first rural land in the area to be transformed into a planned, suburban development. Since 2008, the North Anderson Historic District has been listed on the National Register of Historic Places, described as “architecturally significant and distinguishable as an intact collection of early twentieth century Revivals and American Movements.”

Linley was known as a family man, having eight children with his wife, Annie Farmer Linley. In fact, he owned the historic Ashtabula Plantation for a time and was said to have farmed a portion of the property to provide food for his family during the Great Depression. He is also listed as a founding member of the Central Presbyterian Church in Anderson. Upon Mr. Linley’s passing on July 24, 1957, his arrangements were handled by Sullivan-King Mortuary and he was buried at Silver Brook Cemetery.