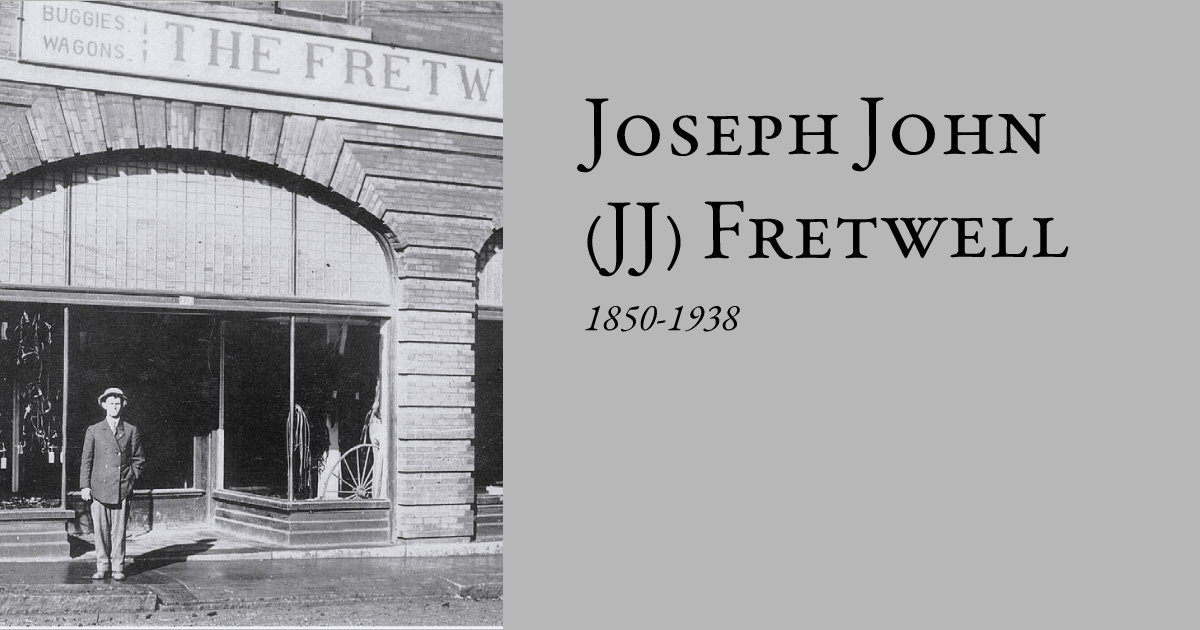 Business, agriculture, education, healthcare, philanthropy -- Joseph John Fretwell was outstanding in nearly every aspect of life.  He began life as a farmer, working on the Anderson County land acquired by his father and grandfather.

At the age of seventeen, during the uncertain time of Reconstruction, Fretwell moved into town to make his own way.  He gained a position with Sylvester Bleckley in his successful Anderson store.  Although his first tasks were to sweep the floors, clean out the storerooms, and generally do whatever job he was assigned, within five years he was made a member of the firm. Three years later, he was made a co-partner. In 1879 he married Bleckley's second daughter, Mary Catherine. Fretwell was actively in charge of the business and the New York buyer for the store for many years.

At the same time, Fretwell developed a business as a livestock dealer, specializing in horses and mules.  It was very successful, with headquarters in both Anderson and Atlanta.  His sons took over this enterprise in 1910 when Fretwell retired.

Real estate was another business in which he excelled. Fretwell acquired extensive farm lands and had homes and barns built on them. He worked with young tenant farmers so they could buy the properties and become homeowners. Fretwell also owned four mica mines.

Mr. Fretwell was the organizer, chairman/president, or director of several other Anderson businesses:  The Peoples Bank of Anderson, Anderson Hardware Company, Peoples Furniture Company, Peoples Oil and Fertilizer Company, Issaqueena Cotton Mill (in Central), and Anderson Cotton Mill.   He was also involved with the Hotel Chiquola and the Anderson Hospital.

In 1910 Fretwell was a member of the committee selected to present the offer of funds and property to the South Carolina Baptist Convention to establish Anderson College (now University). He was elected to its first Board of Trustees and in 1920 contributed funds for twenty scholarships.

The Fretwells had eight children. Their country home near Anderson, called "Sunset Forest" was a large and lovely place, enjoyed to the fullest by family and friends. Joseph John Fretwell died on September 25, 1938.  A newspaper tribute praised his "long, useful life with a record for progressive activity that few here have ever matched" and said "later generations" would be "immeasurably indebted" to him.