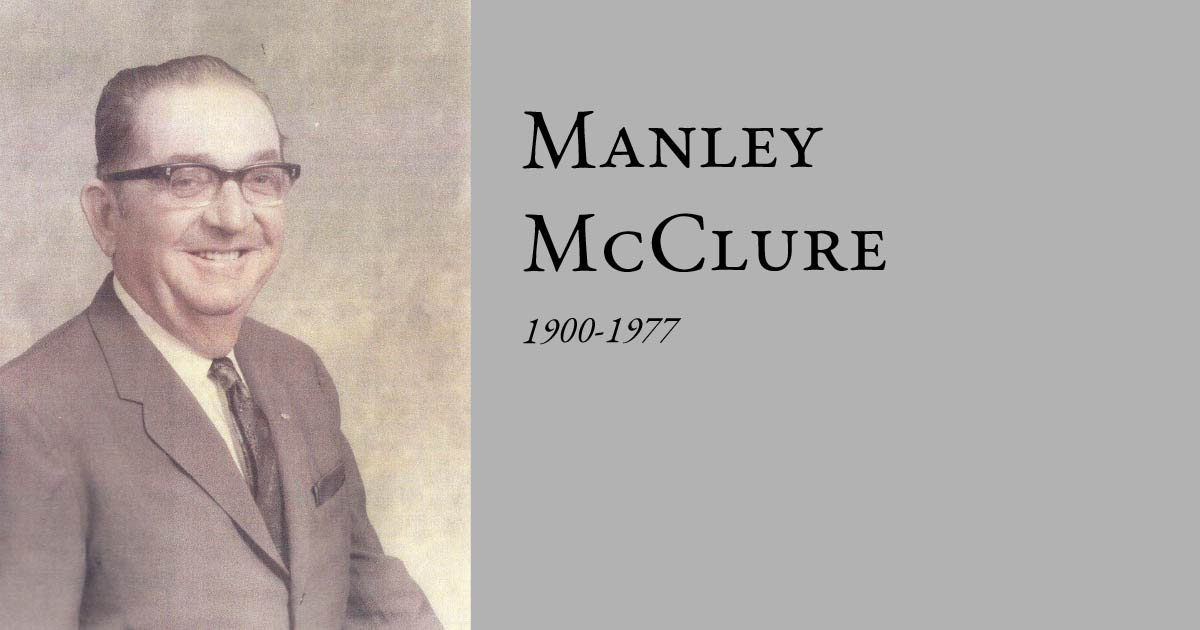 An innovative and forward thinking agriculturalist, Manley “Doc” McClure contributed much to Anderson County. He began his farming career in 1921 as a tenant farmer in the Williford School Community. By 1953, his work had earned him the title of Master Farmer from Progressive Farmer magazine. He was honored for his ability to utilize his land to the best advantage, blending the scientific approach with good judgement.

McClure introduced many improvements in farming to our area that led to the transformation of the region’s agriculture. He practiced soil conservation and recognized the importance of diversification. He brought in purebred Hereford beef cattle and developed a year round grazing program for them. McClure was co-founder of the Anderson County Cattlemen’s Association. Through his work on his own family farm, McClure led by example. He concentrated on building soil fertility by adding seed, grain, and hay crops, resulting in a grasslands grazing program. Agricultural education was important to Mr. McClure as well. As chairman of Anderson County School District Five’s Agricultural Education Advisory Council, he worked with the Anderson Young Farmers Association to begin the Tri-State Horse Show.

McClure was also active in other community organizations. He served as elder of Central Presbyterian Church for many years and was a member of such groups as the Lion’s Club and the Ruritan Club.

Manley McClure married Leathy Williford and had one daughter. Mr. McClure passed away on July 18, 1977. The McClure’s grandson, Mac McGee, and his family continue to operate the family farm, now called the Double M Farm. They still specialize in grass-fed beef production.