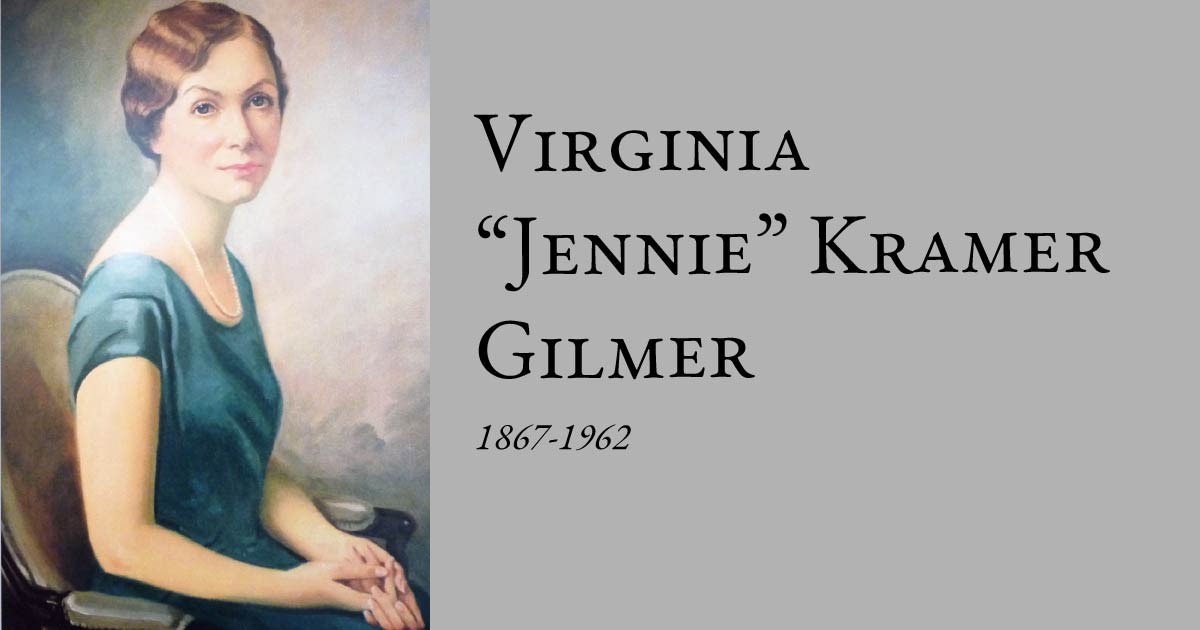 While many individuals played a role in the building of a hospital to serve the residents of Anderson County, none was more important to the fulfillment of the “dream” than Jennie Gilmer. She provided the spark, the fire and the leadership that turned the “talk of a pack of foolish women” into a hospital that throughout its history has been among the best in the state, region and nation.

In the early 1900s, Anderson County residents who were ill or injured were typically cared for in their homes, where conditions were unsanitary and medical treatments rudimentary. Hospitalization, which was rarely an option for most residents, required a long trip to a facility either in Columbia or out of the state. A humanitarian with a charitable heart, Ms. Gilmer was known to fret about the conditions in which those in need- especially the poor and people of color- received medical care. Her feelings about the need for a hospital were brought further into focus during the birth of her first child. Following a difficult home delivery, Ms. Gilmer is quoted as saying, “I made a promise to God right then, that if He would let me live to take care of my child, I’d see that a hospital was built.” Few shared Ms. Gilmer’s vision for making Anderson County a better-and healthier- place to live and work. In May of 1904, her initial efforts to build support for a hospital were loudly rejected by many residents who felt such a facility was unnecessary. In addition to public opposition, Ms. Gilmer confronted and the small band of women she had gathered to help further her cause faced a substantial monetary challenge. The cost to build a hospital was estimated at a staggering $25,000. But with an unfailing zeal, Ms. Gilmer confronted her opposition. And with perseverance, faith and a total commitment to do what was right, Ms. Gilmer overcame nearly insurmountable obstacles to realize her dream of a hospital for Anderson County, which opened on April 20, 1908.

The inscription on a plaque presented to Ms. Gilmer on the 50th anniversary of the opening of the Anderson hospital reads: “Awarded to Mrs. Jennie K. Gilmer for her love and devotion through 50 years of meritorious service as a trustee and faithful servant of the Anderson Memorial Hospital.”