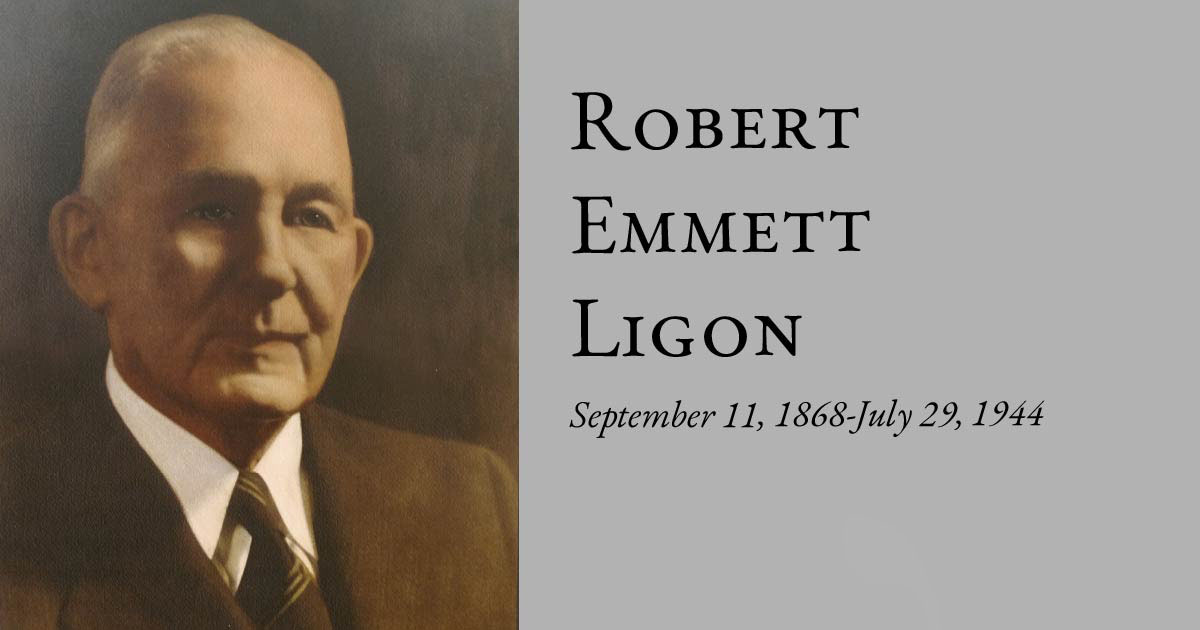 Anderson County native Robert Emmett Ligon is best remembered for his contributions to the textile industry, but he was also deeply involved in the civic and religious life of the area. Son of William Jackson and Louise Seibels Ligon, he received his education from his father, who operated a private school in Anderson. He married Mamie Benson and had six children, four of whom survived to adulthood.

His work with the local mills began in Spartanburg and included the mill in Liberty, S.C. In Anderson he took over as superintendent of the Anderson Cotton Mill where he later rose to president and general manager. In 1904 he was named vice-president and general manager of Gluck Mill. With J. A. Brock, he organized and built Brogon (later Appleton) Mill in 1908. The name “Brogon” was derived from the first three letters of “Brock” and the last three of “Ligon“. In 1914 Ligon also served as president of Cox Manufacturing Company, the forerunner of Equinox Mill.

Among Ligon ‘s many contributions to Anderson County outside the textile industry were his work during World War I as county Food Administrator and chairing the Anderson War Price and Ration Board during World War II. A primary organizer and president of Perpetual Building and Loan Association, Ligon guided it successfully through the Depression. An active member of St. John’s Methodist Church, he also organized and served as superintendent of the first Sunday School at Gluck Mill. During his fourteen years as Ward Five Alderman, he played a major part in establishing the city’s Silverbrook Cemetery. He was an organizer of the Anderson Country Club, a charter member of the Anderson Rotary Club, president of the first telephone company in Anderson, a director of both the Blue Ridge Railroad and the Piedmont and Northern Railway, a director of the State Warehouse System, and a member of the State Highway Commission. He was a member of numerous other civic organizations throughout his lifetime.

Robert Emmett Ligon’s obituary stated that “he contributed much to change Anderson from a small country town to the fine industrialized city it is today” (1944). He is buried in Anderson’s Old Silverbrook Cemetery.