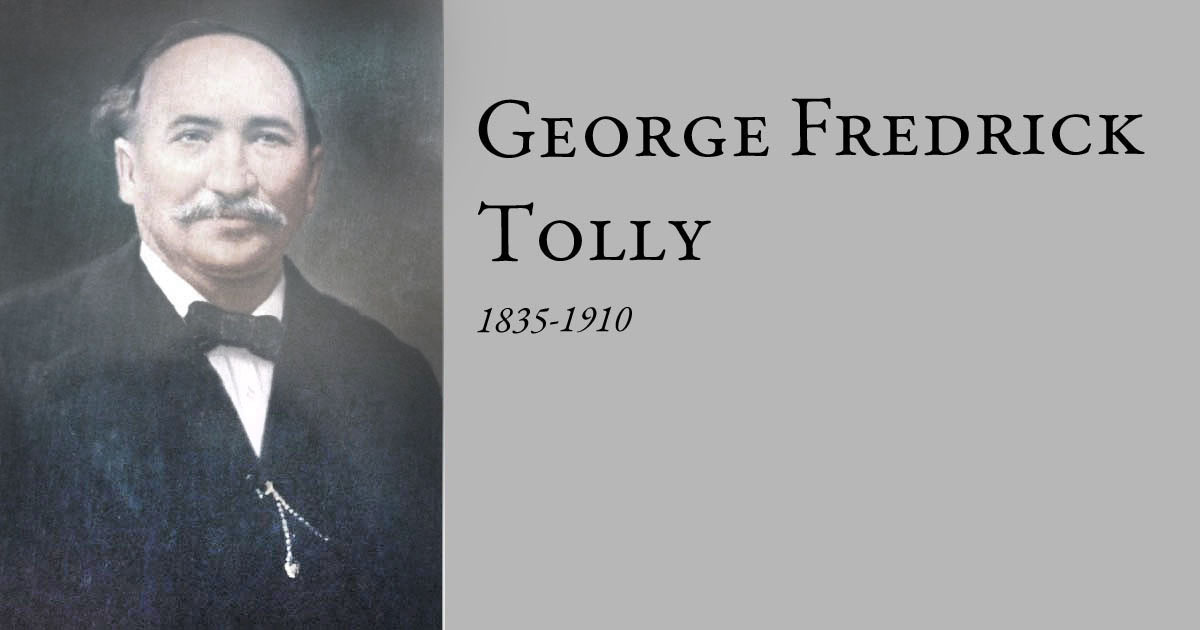 George Fredrick Tolly, born November 7, 1835, in Prussia, part of the German Empire, immigrated at age 15 with his parents to Baltimore, where he learned the trade of cabinet and furniture making. In 1856, Mr. Tolly moved to Anderson to work for Mr. Ezekiel George, Anderson’s first furniture dealer. He eventually married Mr. George’s daughter, Mary Jane. He opened his first store on Whitner Street in 1858 and through extremely hard work; his business grew to be one of the largest furniture establishments in the state.

When the civil War began in 1861, Mr. Tolly joined the Confederate Army and served in Company B, Fourth South Carolina Volunteer Regiment for a year. Mr. Tolly then entered company C of Palmetto Sharpshooters, a company he served with until the end of the war. He was taken prisoner once and survived a yearlong incarceration at Rock Island Illinois, and was wounded at Frazier Farm.

Mr. Tolly returned to his furniture business after the war and established a funeral parlor in the upstate of his shop. This proved to be extremely profitable, and the business eventually handled 90% of Anderson County funerals.

From 1879 through 1882, Tolly served in the office of intendant of the city, a post similar to mayor. He also served seven non-consecutive terms as mayor, starting in 1884 and leaving office in 1902, earning him the title “Chronic Mayor.”

It was during Mayor Tolly’s administration that much of the current downtown was built with such landmarks as: the Confederate Monument (1902), the Historic Courthouse (1897-98), the City Hall (1897-98), the Sullivan Hardware building (1897), the Bank of Anderson building on the square (1891) and the Chiquola Hotel (1887). His furniture business was the largest in the state by 1910.