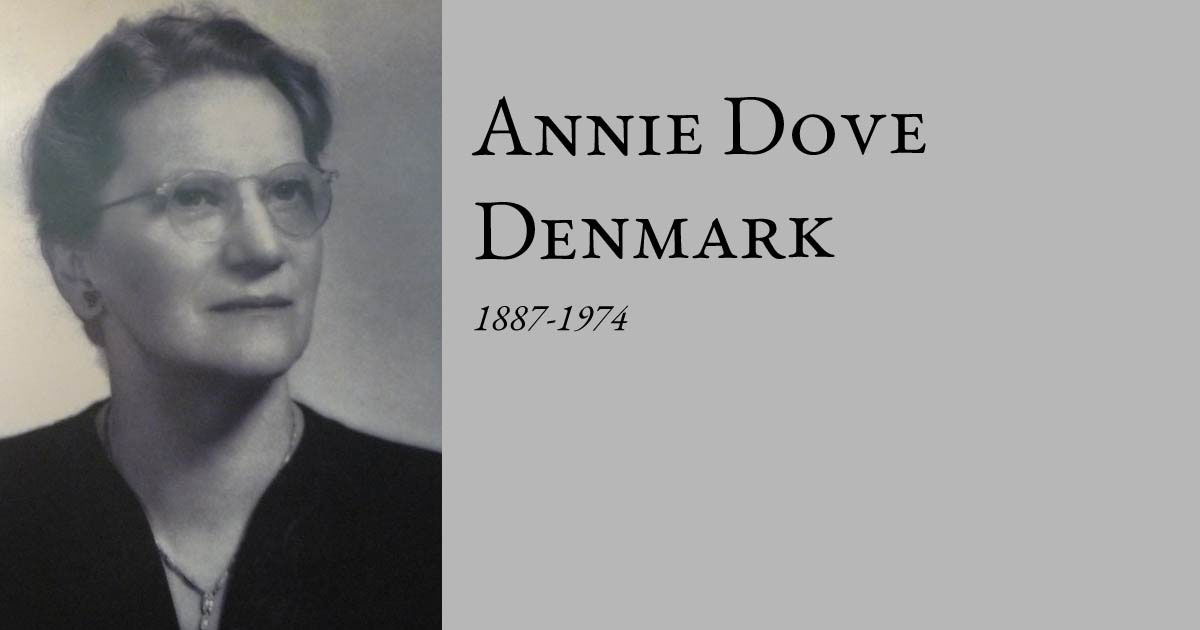 Annie Dove Denmark was born September 29, 1887, in Goldsboro, North Carolina. She graduated from the local public schools in 1904 already an accomplished musician, serving the second Baptist Church of Goldsboro as organist since the age of ten.

1904-1908, Dr. Denmark attended Meredith College from which she received her Artists Diploma in piano. She taught in several schools during the next decade: Duie’s Creek Academy (now Campbell College) in Dunn, North Carolina (1908-1909), Tennessee College for Women at Murfreesboro, Tennessee (1909-1910), and Shorter College at Rome, Georgia (1910-1916).

Dr. Denmark was the first president of a South Carolina college. She led the college through the difficult year of the Depression by converting the four-year women’s college into an institution that admitted both men and women in 1930. She became a pioneer in education by promoting the then-new concept of a junior college. Additionally, she was the first woman to be president of the Baptist State Convention in 1950.

In 1941, Dr. Denmark was awarded an honorary doctorate degree from Furman University. Additionally, she published a book in 1932 entitled White Echoes, a collection of sermons by Dr. John E. White.

Dr. Denmark died January 16, 1974, in Goldsboro, North Carolina. To this day membership in the “Denmark Society” is a coveted honor for graduating students.