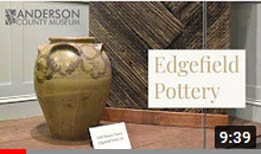 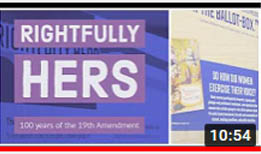 Rightfully Hers: Reflecting on the 100th Anniversary of the 19th Amendment

The 19th Amendment to the United States Constitution was ratified in 1920. It prevents discrimination on the basis of sex, legally enfranchising women. Joining ACM Executive Director Beverly Childs are Beth Batson, Carol Burdette, Elizabeth Strong, Kathryn Smith, Angel Wheeler, Sara Crocker, and Katy Smith to reflect on women’s voting rights in the past and today. 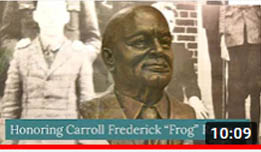 Serving in numerous capacities throughout the local community, state, and nation in the field of education, Carroll Frederick "Frog" Reames dedicated his life to assuring that young people received the education they needed to succeed, and the guidance they deserved to help them become assets to whatever community they would call home. Come see our new bronze bust of Reames, installed in front of our "By the Book" exhibit at the Anderson County Museum. 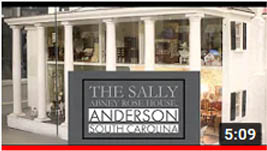 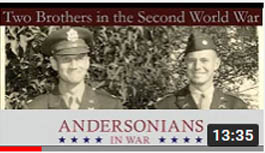 Andersonians in War: Two Brothers in the Second World War:

Listen to the story of two brothers in the Second World War as told by Marshall Orr. Their story will be part of our upcoming exhibit, Andersonians in War. Our new exhibit will feature military history displayed through the experience of Anderson County veterans. 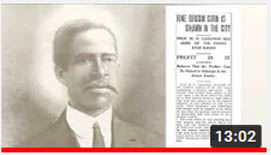 Charles Kellogg tells the story of his great-grandfather, Mark Hughee Gassaway. Gassaway's passion for education and primacy as an advocate for racial equality make him a prominent and unique figure in Anderson County history. 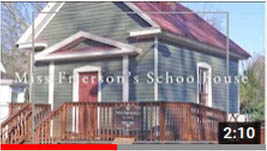 Miss Sarah Jane (Janie) Frierson was a well-known educator and the daughter of Dr. David Frierson, an early pastor of the First Presbyterian Church of Anderson. Miss Frierson opened her one-room school in the late 1880s. The schoolhouse was moved to the Anderson County Museum on August 12, 2009. 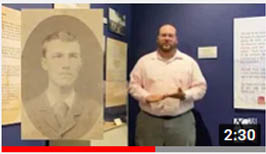 Desolate Pride: The Story of D. A. Ledbetter told by Dustin Norris

Anderson County Museum Curator Dustin Norris tells one of the stories from our Desolate Pride exhibit. Lt. Colonel D. A. Ledbetter enlisted into the Confederate army, fought in the war, was wounded in battle and died. This is the story of the search for his lost grave. 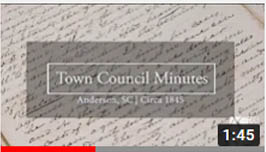 Anderson County Museum's Josh Johnson explains some of Anderson's history as written in this town council minutes book. This book is a record of Anderson's Town Council meetings starting in 1845. 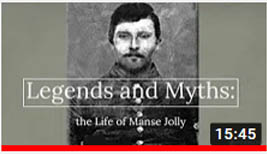 Legends and Myths: the Life of Manse Jolly

Anderson County Museum Curator Dustin Norris discusses the life and legends of Manse Jolly. Learn about Jolly's life during the Civil War and his vow after his return from combat. Dustin discusses some of the myths surrounding Jolly and the role that these myths play in southern culture and in Anderson County. 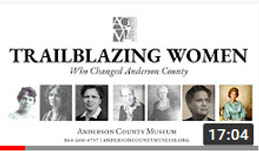