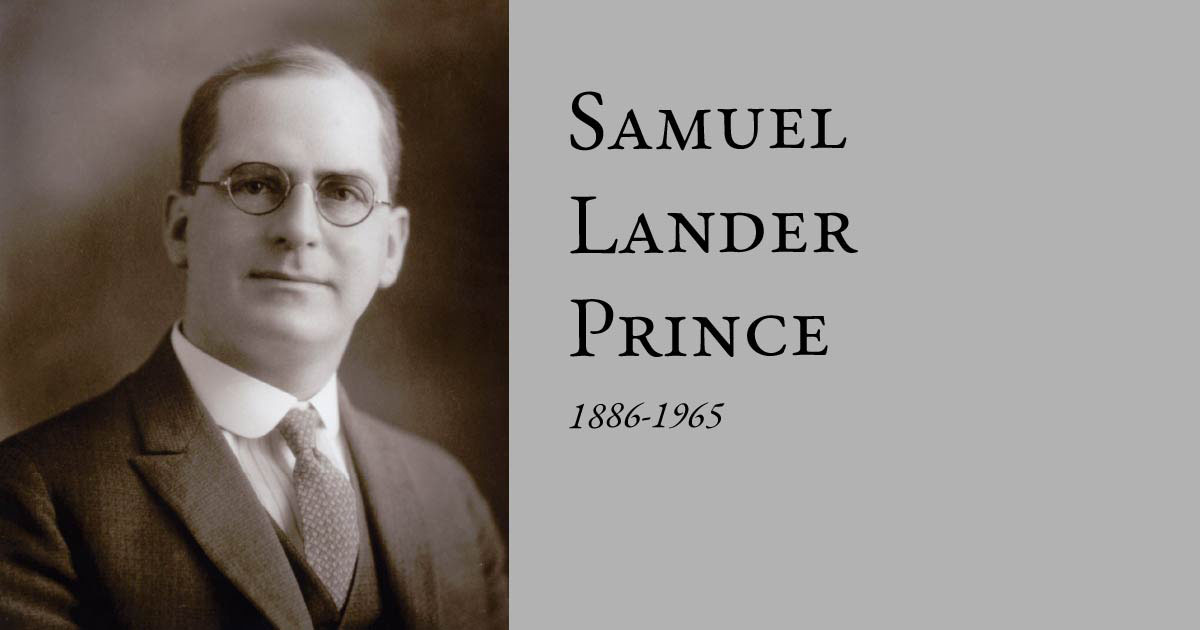 Samuel Lander Prince was born in Williamston to Judge George Edward Prince (1855-1923) and Mattie Lander, daughter of Samuel Lander the founder of Lander University, for whom he was named. Prince graduated from Wofford College in 1907 and became instructor of Physics and Math at Lander College before leaving to work as his father’s law clerk. He “read law” under his father and was admitted to the Anderson County Bar Association in 1912. He formed his own law office partnership with T. Frank Watkins in 1914, which lasted for 32 years.

In 1946, the University of South Carolina asked Prince to join their faculty and named him Dean of the Law School that same year. During his tenure, which spanned until 1959, he spearheaded the revitalization of the Law School and the creation of the Law School Endowment Fund through the South Carolina Bar Association. Prince also oversaw the planning and construction of the first building on campus specifically built to house the Law School (Pettigru College, dedicated in 1950).His influence improved the practice of law in the state. He led a reorganization of the South Carolina Bar Association, for which he served as president in 1953. Additionally, Prince founded the Southeastern Regional Law Teachers Conference. “Higher Standards” may best describe his emphasis while Dean and it also applied to his personal practice of the law. Upon retirement as Dean, Prince returned to private practice in Anderson in 1959.

Perhaps most indicative of his values was his 1924 establishment and funding of the “Prince Ring” award and Anderson Boy’s High School. Given in memory of his father, the ring is presented annually ( now at T.L. Hanna High) to the male graduating senior who is selected as the “purest, manliest and most courteous” of his class.

Samuel J. Prince was married to Leila A. Barr in 1907, and they had three daughters. The family attended St. John’s Methodist Church. Prince died on November 14, 1965.