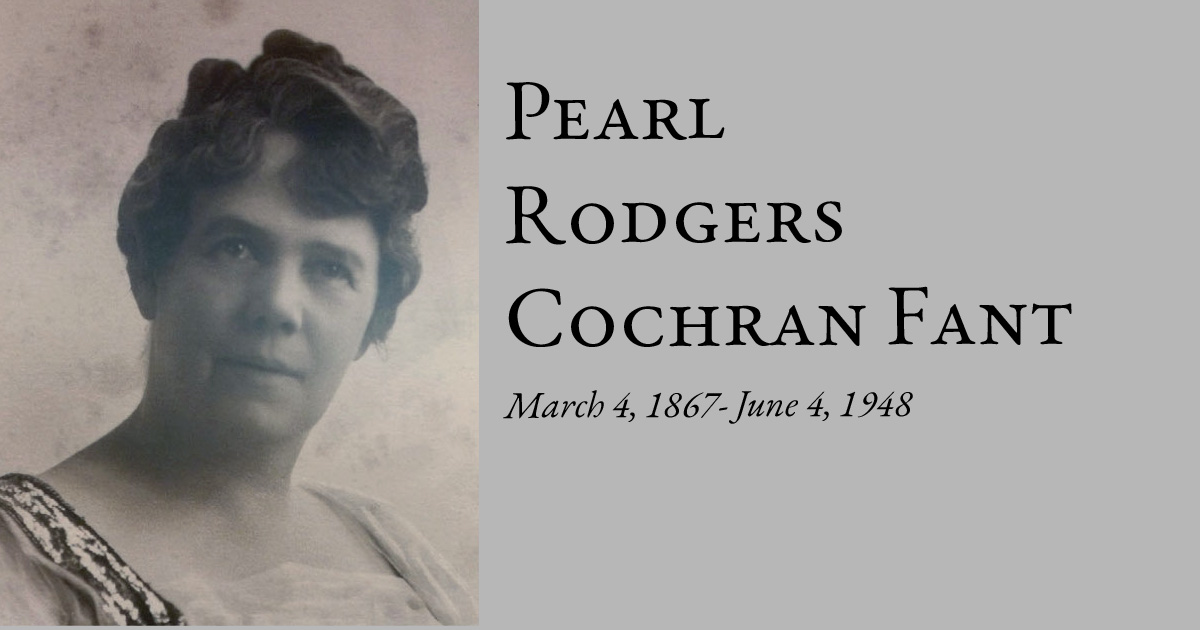 Pearl R. Fant was a pioneer in women’s work, a champion of conservation and environmental causes, an advocate of education, and an avid historian who gave tirelessly of herself and of her resources to benefit the community.

Mrs. Fant envisioned the need to organize the women of Anderson into a Federation of Women’s Clubs. At the time, she was president of the South Carolina Federation of Women’s Clubs. She knew that such an organization could unify and coordinate the work of women to meet the needs of the Anderson community. On September 23, 1920, a group of representative women from each of Anderson County’s twenty-two clubs met at Mrs. Fant’s home to organize the Anderson County Federation of Women’s Clubs. This federation, under this purpose; worked for improvements at the county jail and chain gang and the county home; cooperated in the development of the Anderson County Fair with the women of the Federation submitting handiworks, foods, and other goods for judging, as well as tending the booths and serving as judges’ assisted and lobbied the county legislative delegation to establish the first state-sponsored Health Unit (Department) in Anderson County; pushed for the assistance of ex-servicemen prior to the establishment of the Legion Auxiliary; established the first circulating library in Anderson County; started a program called the Loan Chest to dispense sick room articles and a program called the Maternity Fund to provide money for needy maternity cases; and planted more than 80,000 trees in Anderson County to improve the environment.

Mrs. Fant also organized and led the Civic Association of Anderson that took the initiative in beautifying sections of the city of Anderson and providing recreational parks for public use. These projects included the building of the Robert Anderson Memorial Fountain and its surrounding park; Buena Vista Park, established near Mrs. Fant’s home on River Street; and the planting of trees and exotic plants in the city square. She was a founding member of several organizations, including: Hudson Berry Chapter, Daughters of the American Revolution; the DAR’s Tamassee School; and the Electric City Garden Club.