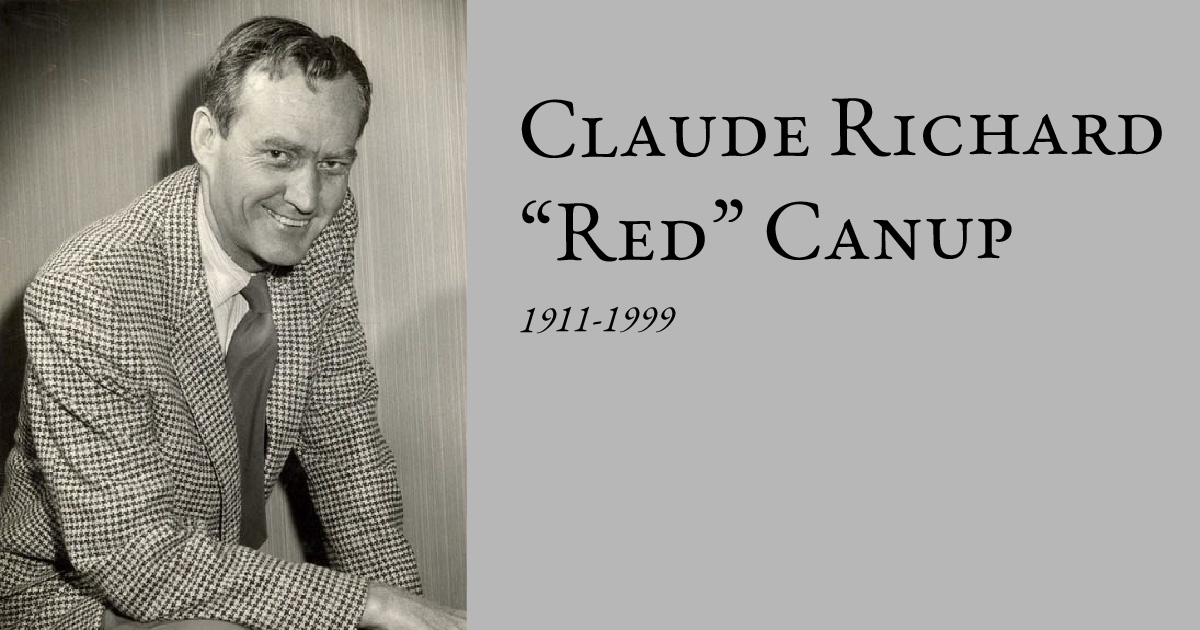 Claude Richard “Red” Canup was born in Pendleton on March 3, 1911. One of nine children, Red Canup decided as a teenager to become a sports writer. He was a success, becoming sports editor for the Anderson Independent and the Daily Mail.

From 1960 to 1962, Canup worked as athletic publicity director for the University of South Carolina. In 1964, Canup became the first director of public relations for Daniel Construction Company. He held this position for nearly twenty years. He co-authored (with William D. Workman, Jr.) the book Charles E. Daniel: His Philosophy and Legacy.

Red Canup died in 1999. His son, Dr. C. R. Canup, Jr., gave a box of wartime dispatches to sister, Linda C. Keaton-Lima, in 2008. She edited the material into the book, War Is Not Just for Heroes: World War II Dispatches and Letters of U.S. Marine Corps Combat Correspondent Claude R. “Red” Canup. The book and its editor have won awards, including one from the U.S. Marine Corps Combat Correspondents Association. It is the only known collection of its kind and has been called “an invaluable treasure trove” of wartime eyewitness information.