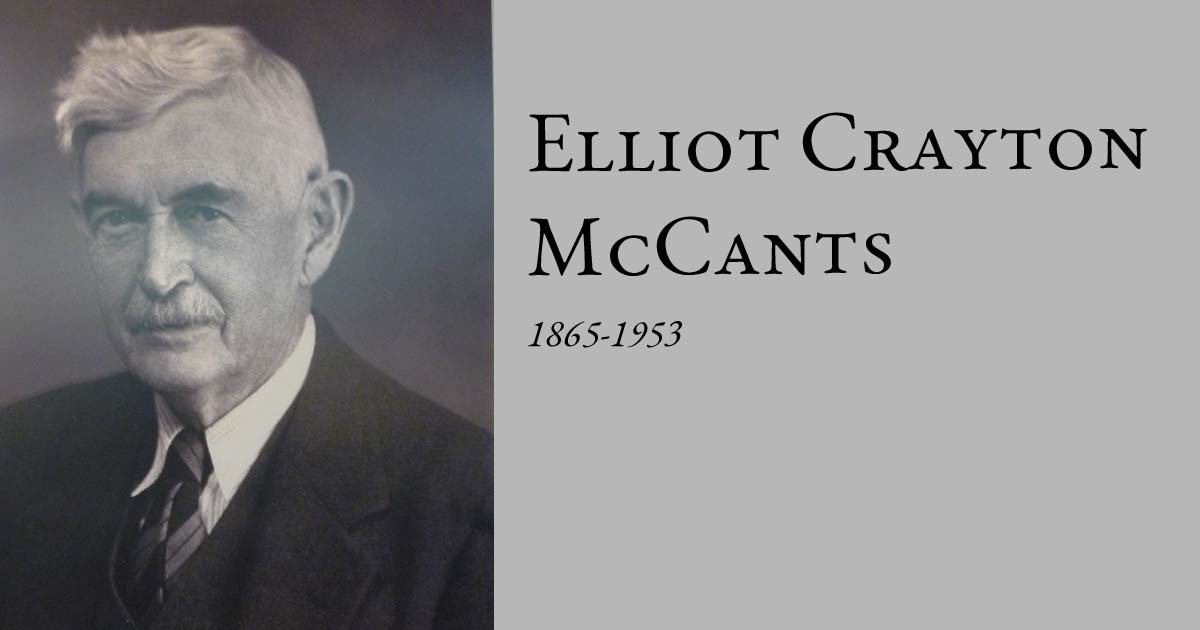 Born September 7, 1865, at Silent Hill Plantation, Ninety-Six, SC, Elliot Crayton McCants completed his high school education at Ninety-Six and began to dream of a college education. Due to the Reconstruction era of the South, Mr. McCants’ family financially could not support his dream; however, his luck changed when The Citadel re-opened and he was granted a scholarship. After graduating from The Citadel, his “beneficial scholarship” required that he teach for two years in South Carolina. With fifty cents in his pocket, he left for his first teaching job in Abbeville. He taught thirty to thirty-five boys in an old-field schoolhouse, wearing his Citadel uniform because he couldn’t afford a suit until his first paycheck. The following year, he taught at Greenwood Male High School.

The next eleven years, Mr. McCants taught throughout the South until he arrived in Anderson in 1900 to become the principal of Anderson High School. He also taught advanced mathematics. By 1907, Mr. McCants had become Anderson’s third superintendent of schools, a post he held through the Great Depression and both World Wars.

Dr. McCants is credited with laying the foundation and building soundly the system that developed into the present school system, watching it grow form one school where all grades were taught in one school building, to the extensive system of elementary, middle and high school of today.

In 1928, USC conferred upon him a doctorate in literature degree. Dr. McCants also received an honorary doctorate of L.L.D. from The Citadel. He retired in 1945.

An author of considerable note, Dr. McCants wrote such books as In the Red Hills (1904), White Oak Farm (1928), and Ninety-Six (1930). He also wrote and published short stories, as well as a daily newspaper article. Considered one of the foremost experts in the history of Upstate South Carolina, Dr. McCants is listed in Who’s Who in America and he served as past president of the South Carolina National Education Association.

Dr. McCants died on October 23, 1953, in Anderson, and flags throughout Anderson County were flown at half-mast in his honor.